Since the UK started using natural gas to heat homes there have been issues with the accumulation of black dust in some properties gas pipes and connected appliances.

Natural gas as most will know is a mixture of a number of different chemicals, the primary one being Methane, but one of the lesser known ones in the mix is a gas called Hydrogen Sulphide (H 2 S).

Hydrogen Sulphide is a very poisonous corrosive gas produced from the biological breakdown of organic material, and is found in sewers, swamps, volcanic gases and of course in natural gas in very small quantities.

It is very reactive with some metals on contact, one of which is copper. The reaction between H2S and copper (Cu) creates Copper Sulphide (Cu 2 S)

Copper Sulphide forms in copper gas pipes as a very thin skin along the inside of the pipe, which over time breaks off into very small dark shiny flakes and can crumble down to a black dust like material that you may be familiar with blocking gas valve filters and restricting pipework.

A similar reaction can happen in mild steel pipework, with the Hydrogen Sulphide reacting with the Iron to produce Iron Sulphide.

Multiple studies in the past have looked into the effects of Sulphidation in gas lines, including some commissioned by the HSE (Health and Safety Executive) looking into the effects that Copper Sulphate could pose into gas safety.

The National Grid aims to provide our mains gas with less than 5mg of Hydrogen Sulphide per 1m 3 of gas. While studies claim the “safe” limit for using Natural Gas containing Hydrogen Sulphide is up to 7mg per 1m 3 , they also state that they found instances of Copper Sulphide deposition in 0.05% of residences even in concentrations supplied below 1.0mg/m 3 , and issues in 0.75% of properties in areas supplied with 2mg/m 3 or more. With over 22,000,000 homes currently using mains gas a primary heat source through the UK that’s a substantial number or properties that will at some time have issues caused from Copper Sulphide accumulation. The actual concentration of Hydrogen Sulphide in the mains gas fed to the network depends significantly on where you are in the country as different areas are supplied from different gas terminals, the highest levels of H 2 S are typically in the North of the country and Wales.

As far as Copper corrosion due to Sulphidation is concerned, there is generally no realistic safety issues that would likely ever lead to a gas escape from a carcass due to the relatively slow corrosion rate of the copper compared to its wall thickness, Even at the upper limit of Hydrogen Sulphide in mains gas, it’s expected that it would take over 100 years for a 25% loss of wall thickness from the copper pipe. Circumstances can present that would allow corrosion to be focused more on a specific part of the pipe rather than over the whole pipe which could increase localised corrosion, but as far as I’ve found there have been no instances of this reported through RIDDOR to the HSE.

The most significant risk to safety from Copper Sulphide build up is from the effect it can have on working gas pressure.

Like any other cause of restriction in a gas pipe, the working pressure at any appliances downstream of the restriction will be affected, should there be an appliance on the carcass without FFD/FSD (Flame Failure/Supervision Device) protection such as cooking equipment or older fires, and the gas pressure drops low enough to extinguish the flame for example If a boiler on the same gas feed fires up, then when the demand from the boiler stops, the gas working pressure would rise again and allow unburnt gas to escape into the room.

While unprotected appliances are become less and less common, it must still be inspected and factored in where necessary to any assessment of safety in a property where black dust deposits have been an issue.

Another issue it causes is damage to gas carrying components such as regulators and gas valves, where Copper Sulphide may choke or cause mechanical parts to stick, allowing for “Let-By” of gas, where on a valve closing to prevent the flow of gas fails to seal fully permitting combustible gas to continue to pass though uncontrolled. While this is seen sometimes on a very small scale in domestic boilers, and incidents have occurred in premises which have had Sulphidation reported as a contributing factor, I’m not aware of any incidents reporting harm to life of property where it has been a sole cause.

It is becoming more common to find new appliances particularly boilers being affected from Copper Sulphide deposits in their gas valves. This is mostly due to an increasing trend over recent years to fit Combination boilers and in ever increasing sizes. Combis draw a significantly higher flow of gas than their older heat only counterparts would have needed in the same property to allow the quick heating of “instant” hot water, and with bigger and bigger combis becoming the new normal an ever higher flow of gas in the pipework brings a much higher chance of any Black Dust being drawn through to the boiler.

I recently have seen a number of new installations where the boiler was failing with ignition lockout, on checking the working pressure during the ignition sequence at a test point under the boiler there was no issue noted, but on checking the same working pressure at the test point on the gas valve revealed almost no gas pressure getting though the valve. On removing the valve and inspecting the gauze filter they have been choked solid with Copper Sulphide flakes, when cleared and reinstated, normal working pressure was measured at ignition, but could be seen to slowly drop back to zero over the course of only minutes due to more debris being drawn from the pipe, where no issue has ever been recorded on the previous smaller boiler on the same pipework.

Some myths seem to still prevail in the industry on caused and solutions to the issue when people come across it.

Installers must be aware that the majority of metal Sulphide deposits found in appliance will have been created within the gas pipework of that premise and not grit or shale that has entered via the mains.

One is that it’s caused by cheap poor quality copper pipework, and suggesting this to a householder will often unfairly put doubt in their minds to the original installers capabilities. We need to remember that the Hydrogen Sulphide enters the gas pipes through the distribution of mains gas, and reacts with the Copper in the houses internal pipework, not specifically with impurities and other alloys in the Copper mix.

Often the solution to the problem of black dust in pipe work is quoted as being to replace the gas pipework in the house and fit a filter on the outlet of the gas meter, however any “Sulphidation Filter” must be fitted as close to the inlet of the appliances as possible, preferably with a full bore isolation valve just before the filter, this makes it a much quicker and simpler job to clean out and would likely increase the chances of future engineers servicing the filter as part of preventative maintenance rather than waiting till it has choked and caused a fault with the appliance.

On the issue of replacing the pipework, while it will remove the problem, in an area of higher Hydrogen Sulphide gas content, then the problem will likely reoccur with time. The studies into Sulphidation of gas pipework indicates that in areas where Hydrogen Sulphide levels have been increased in the supply gas, that there is approximately a 3 year lag between the increased levels and the onset of flaking becoming a problem in the pipework. So it’s reasonably safe to assume that when replacing pipework in an affected area that there would be a likelihood of reoccurrence after this period, assuming the H 2 S levels in the gas supply remained constant.

Especially with inaccessible pipework, or properties where replacing the pipes would cause significant expense from disruption to building fabrics and décor, there is the option to try remove the black dust via blowing it out the pipe.

The process involves disconnecting the gas pipe at the meter end and safely venting it to a suitable location, while then disconnecting the pipework at the appliance end and connecting a compressor, Fan purge unit or Nitrogen bottle, to blow the flakes and dust from the pipe, gently tapping the pipework where it is exposed and visible with the likes of a spanner will help vibrate and break off black dust deposits especially around elbows and tees in the pipework.

Never leave other appliances connected while blowing air through gas pipes. If you were using forced air at the boiler supply, then you would have to disconnect and cap any gas cooking equipment/fires etc, while blowing air through the pipe when you have an open end vented to outside so wont significantly raise the pressure inside the carcass but it could raise it above the maximum that appliance valves or regulators permit causing damage if all appliances aren’t disconnected.

Enjoyed this article? Want to know more about system design and how to become a top heating engineer?

10 comments on “BLACK DUST - Sulphidation in gas lines and appliances” 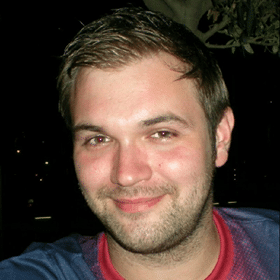 “I live in the west of Scotland, after a brief stint at university decided I needed a career with a more hands on approach to learning and working. Completed my apprenticeship and NVQ3 in domestic gas at Scottish Gas and after nearly 10 years with them in Service & Repair moved to work for Vaillant. I’ve been there for around 6 years and been the Lead Engineer for Scotland for the past few years. I’ve spent the largest portion of my career so far trying to improve my skills and knowledge through self-learning and exchanging ideas with other engineers in the same field.
John Cassells

We use cookies on this site to optimize site functionality and give you the best possible experience. By using this site, you accept our use of cookies.
Accept